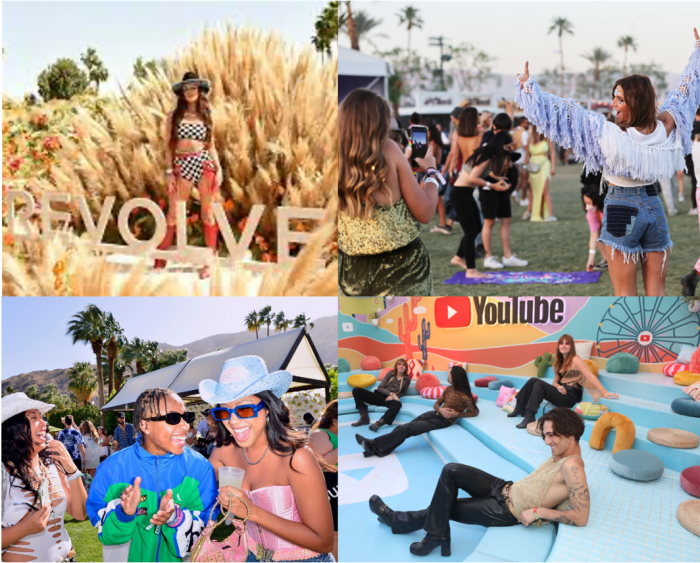 – The first Coachella where TikTok has existed

After a 2-year hiatus, the double header weekend festival, Coachella, was back with a bang, seeing celebs, influencers and brands taking to the marketing stage. Interestingly, this was the first year where TikTok was a prominent feature for content creators at the festival, and there was definitely no holding back.

With TikToker’s steering away from the 2D envy inducing imagery that Instagram has played a large role in past festivals, this year Influencers were able to give their audience a much closer look at the festival. Some now even refer to Coachella as an influencer festival rather than a music one, controversial to some, but for brands the ability to capitalize on the power of influencer is still very much rife. For example, boho brand Spell, which is synonymous with festival wear across the world, saw a 38 per cent increase in engagement on Instagram during their festival. 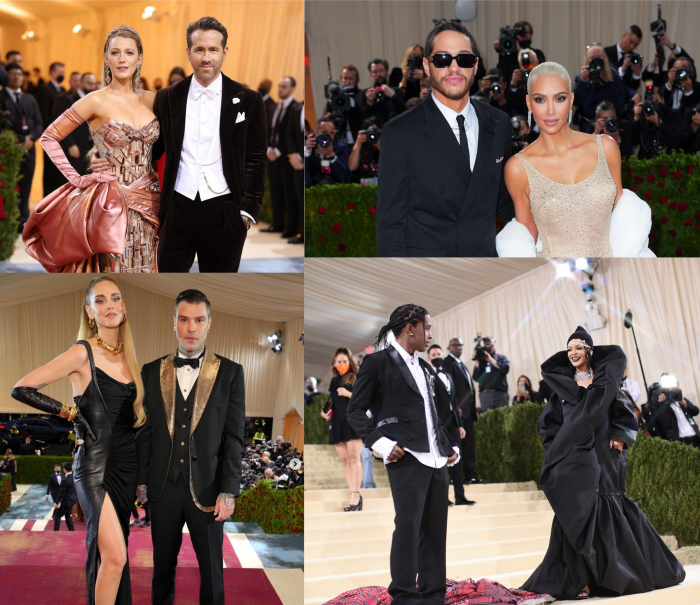 – Versace was the star of the MET Gala, generating a digital and social media impact value of $31.2 million

Fashion’s biggest event of the year, the Met Gala, was a star-studded event featuring all the usual celebrity faces alongside influencers including Emma Chamberlain, Addison Rae and Avani Gregg amongst others. The event live stream received 16 million views with 260 million gala views on social media. We had a look into the media impact value of the featured brands and reigning supreme was luxury fashion house Versace, generating revenues from digital and social media worth $31.2 million thanks to dressing placements on the likes of Blake Lively, Cardi B, Chiara Ferragni and Gigi Hadid. 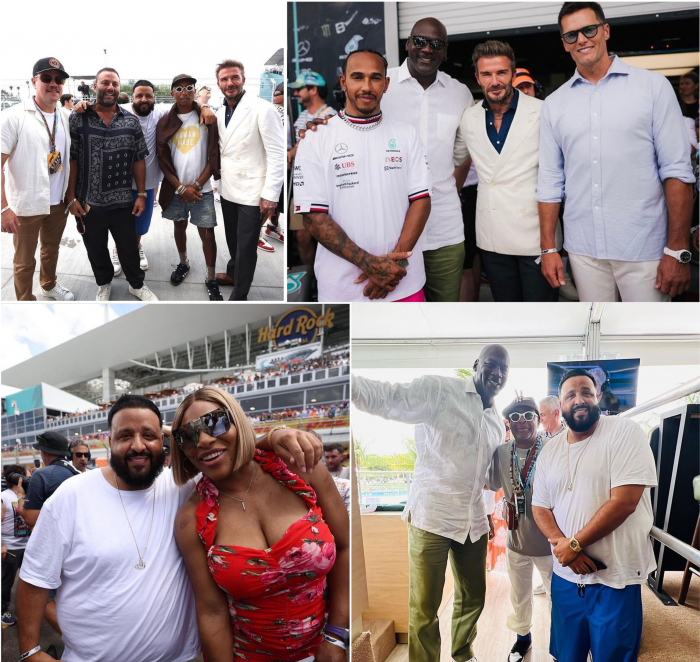 This last month also saw the inaugural Formula 1 Miami Grand Prix take place with a host of celebrity names in attendance including DJ Khaled, Pharell, Matt Damon and many more.

Prior to the race weekend there was a flurry of activity happening amongst the sporting worlds; from Mercedes driver Lewis Hamilton teeing off with NFL star Tom Brady in a charity golf event, to the Miami Marlins hosting Red Bull Drivers Max Verstappen and Sergio Perez in a baseball activation to driver Estaban Ocon training with David Beckham’s Miami FC and a huge launch party hosted by guest DJ Kygo – needless to say, the hype had been created.

The excitement of the race week build-up and race weekend activity was helped by the growing global appetite for F1, most certainly driven by Netflix’s Drive to Survive series. The race saw a total ABC viewership of 2.6 million, making it the largest US TV audience for a live F1 broadcast. 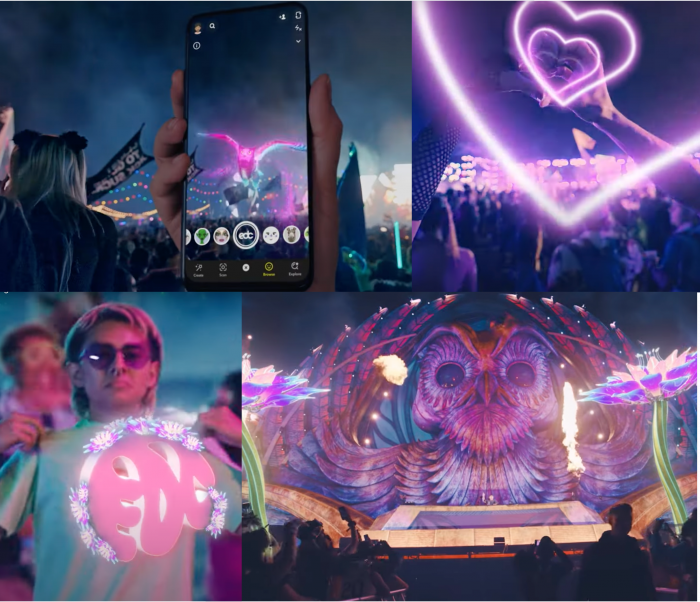 – Snap and Live Nation just signed a multi-year deal to deliver custom Snapchat AR experiences, which will be created with artists for fans at Live Nation concerts and festivals

Snapchat is seeking to assert dominance amongst social media competitors, venturing beyond the confines of the app and integrating into IRL experiences through a partnership with 16 of Live Nation’s festivals including Lollapalooza, Bonnaroo, Governors Ball, Electric Daisy Carnival and more. The partnership will allow fans to access custom built AR experiences allowing them to try on merch, find friends in the audience and discover exclusive landmarks within the festival grounds. This move from Snap shows the continued strong link between the success of the music and entertainment industry and the interest in short form video. The two parties imagine that this new format will become a huge part of live shows just as large screens are at concerts. 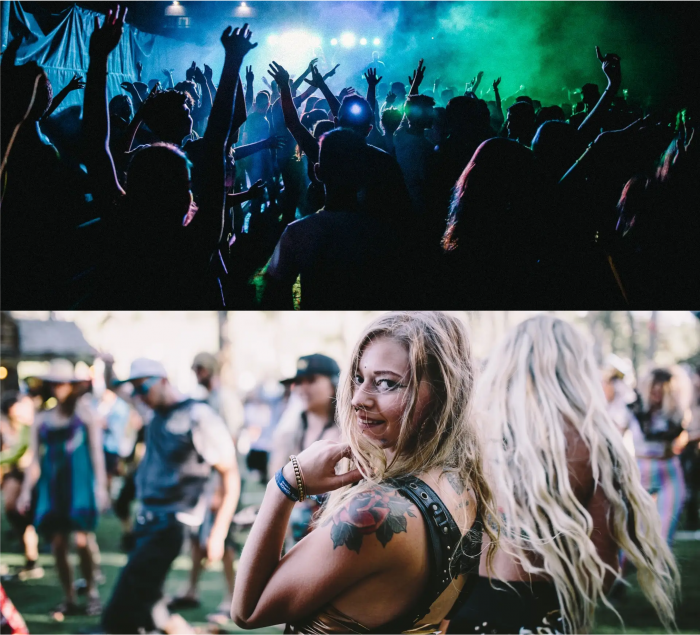 – EDM festivals are back on schedule after pandemic lockdowns, a subculture of young women on TikTok are guiding newcomers to the rave scene

– Over 100 million views of #RaveMom TikToks

As life returns to normal, a new community of women are teaching rave newcomers etiquette, safety and what to pack for festivals. They’re not literal moms; rather they “mother” newcomers in the U.S. EDM community. The meme-filled niche allows women to have their say in a largely male-dominated space. They are bringing awareness to toxic masculinity in EDM, and how women and non-binary people can stay safe at raves.

TikTok provided a platform for these EDM lovers to connect with one another, and feel that community spirit we have in our festival lives, when we didn’t have it at all – proving an inclusive space for niche communities.With 41% of Gen Zers obtaining news and information on TikTok, the platform gives young people a relatable space to explore new ideas and coming-of-age experiences that they can’t access via traditional media. 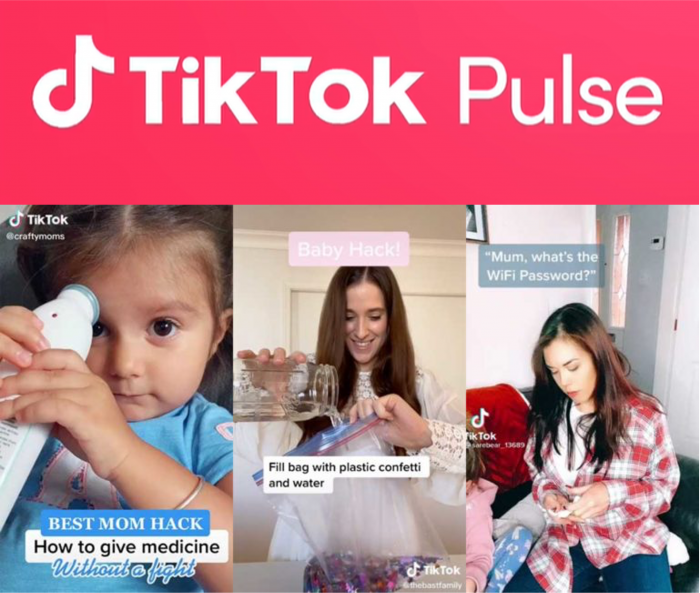 – Video length will increase from 3 minutes to 10 minutes

The launch of longer-form videos on the platform will allow TikTok to better compete with sites like YouTube, which skew heavily toward prolonged content, an older audience and appeal to those with longer attention spans. Under a new programme it calls TikTok Pulse, the company seeks to improve creator monetization and brand advertising, sharing as much as a 50:50 revenue split with creators – again, in a bid to mirror the successful policies of YouTube, amidst prior criticism of the apps creator fund. 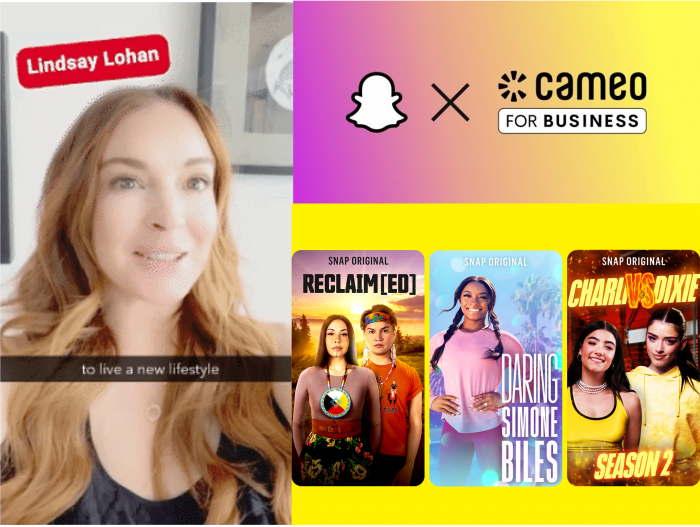 The new ‘Snap x Cameo Advertiser Program’ will enable Snap advertisers to pay Cameo members to create custom short video ads for them to use in their Snap marketing. With more than 45,000 personalities on Cameo, including actors, influencers, musicians, athletes and reality stars, this partnership will essentially simplify the celebrity endorsement process, with advertisers able to directly pitch Cameo’s celebrities for their ads.

For context, Cameo generated $125 million in revenue last year, underlining the popularity of the format, while Snapchat is now up to 332 million daily active users, eclipsing Twitter, Reddit and Pinterest. Snap said that during its beta phase, bedding retailer Mattress Firm partnered with a range of Cameo talent, driving an 8-point lift in ad awareness, which is 2x the category norm. The Snap Ads portion of the campaign also had a video view rate of 3x the retail category average. 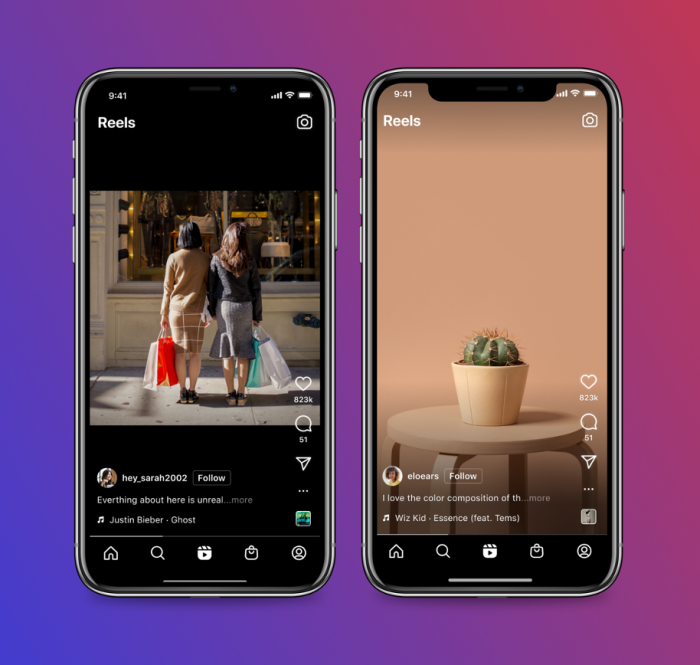 – Instagram is shutting down its IGTV ads, Hyperlapse and Boomerang Apps

And lastly, In the latest updates from Meta and their app Instagram – there is a real battle for market share between TikTok videos and Instagram Reels, with Instagram putting far more focus on their copycat reels to increase engagement.

But just as IGTV failed to become a competitor to YouTube, Reels hasn’t been able to replicate the magic of TikTok’s addictive and powerful algorithm.

– Introduced a full-screen vertical video feed as per TikTok for full phone or tablet viewing.

– They have shut down IGTV Ads, to help prompt advertisers to use reels over IGTV.

– They have removed it’s Hyperlapse app for video editing time lapses and similar Boomerang app for separate video editing – as creating reels in the app is far easier now for creators than using a separate app.

However, promoting video content as a medium by tweaking algorithms in favor of video has upset a particular market of content creators and their followers. E.g. Photographers, Interior designers and lifestyle influencers who have built up a large audience for their beautiful or interesting imagery andare aggrieved at the focus shift to video due to the time, expense and ultimately un-tested format for their audience.

Similarly for brands, Reels might be good for engagement, however they are not driving sales. Social media agency Meckanisms, say that less than 5% of their media budgets were going towards Reels as their click and swipe-up metrics for Reels were below that of every other Meta ad format.