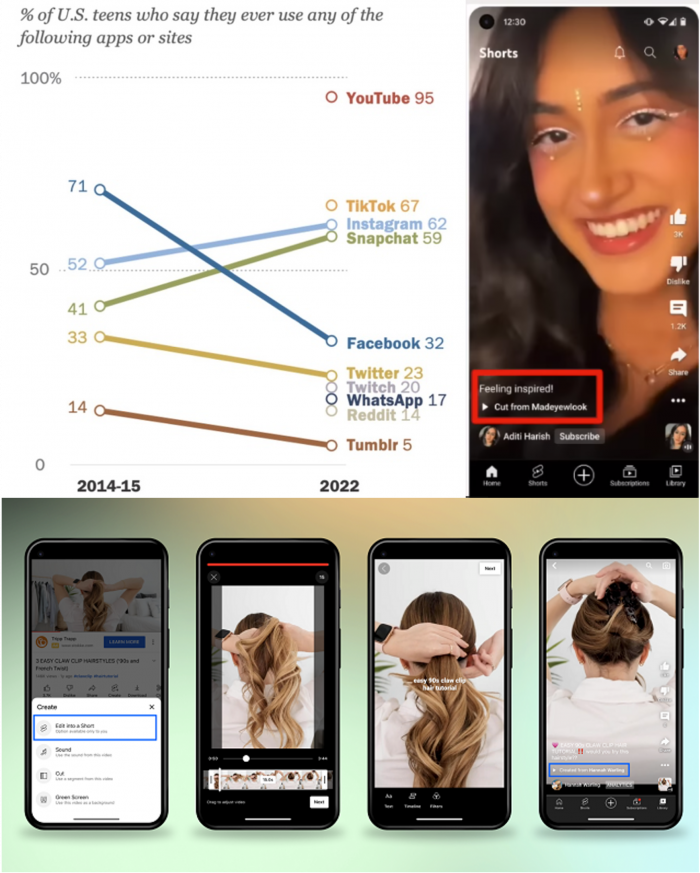 With 75% of YouTube users engaging with Shorts, YouTube has created a new option that will encourage more short clips.

YouTube is now another platform looking to encourage more short clips via a new option that will enable creators to convert segments of their existing long-form content into minute-long Shorts variations. With over 1.5 billion people busy watching Shorts every month, it has now become the ideal format to attract younger audiences. In fact, YouTube has now reported creators that upload both Shorts and long-form content are now seeing better overall watch time and subscriber growth, relative to those only uploading long-form clips. Overall, it is becoming clearer that video led platforms are the ones that are succeeding, emphasising the power video has on engagement. 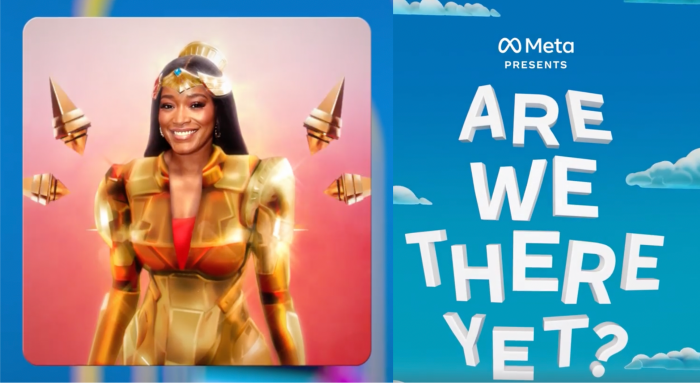 The first episode features Meta’s VP of the metaverse Vishal Shah, in which they discuss some of the new potential opportunities of the space, including Horizon Worlds, virtual comedy clubs, movies, gaming and more.

Meta is taking an interesting approach to mainstreaming some of the more technical aspects of the ‘next stage’ and demystifying the possibilities and potential for regular users within the Metaverse. It’s also interesting in the context of minority representation, and better aligning the metaverse with Black creators, especially as we’ve seen time and time again Black creators not getting the acknowledgement they deserve for being pioneers of trends and culture both online and offline. From a talent perspective, Palmer is a smart choice thanks to her place in viral meme culture and as a celebrated actor who leads in Jordan Peele’s latest film, Nope. It’s a smart and timely casting decision by Meta to have her lead the way and appeal to Gen Z and Millennials alike. 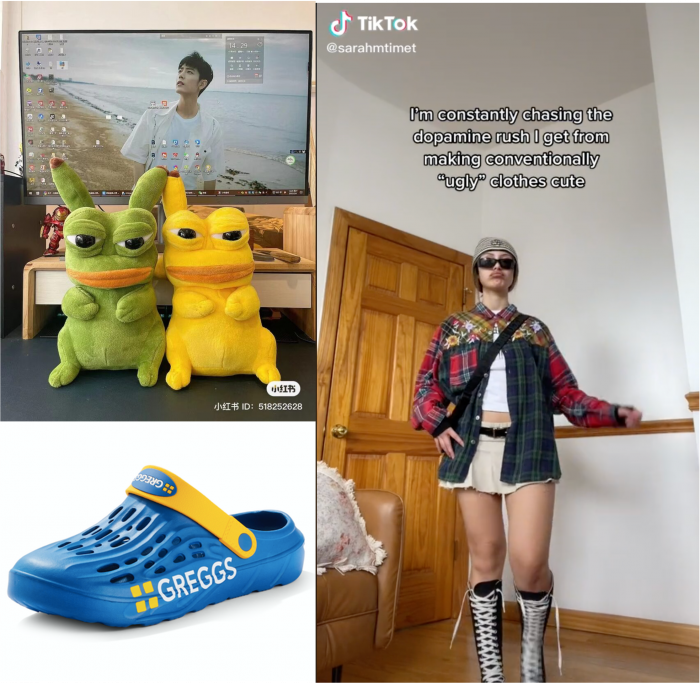 We’ve talked a lot previously about how Gen Z are rejecting curated aesthetics, and this is a trend that shows a continued evolution since growing up in a digital world that is constantly bombarded with “picture perfect” advertisements and societal pressure to conform to a certain aesthetic. Quirky gifts hold an odd, yet alluring, sense of charm for a younger Gen Z audience. The Ugly Aesthetic is not new, very much known within fashion and music and moving over now to gifts. This rising subculture presents a potential pathway for retail brands to better capture the attention of a Gen Z audience who currently crave novelty and uniqueness. 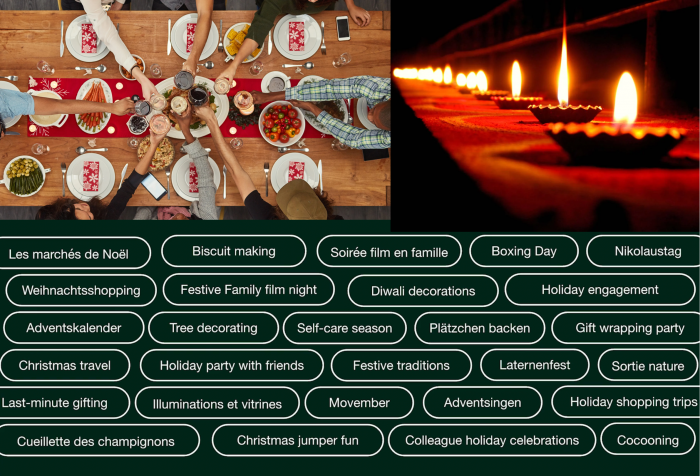 Consumers are finally ready to throw the parties that they’ve been dreaming of for the past few years. Big Halloween bashes. Formal winter fests. Huge festive dinners with everyone they’ve been waiting to see. During the pandemic, people adapted. They swapped the big parties for intimate gatherings with immediate family and close friends—organising events such as gift-wrapping parties or festive film nights. And now these smaller mini moments are here to stay too.

In 2021, Pinterest advertisers who activated against multiple seasonal moments saw a 4x higher increase in conversion rates than those who only activated for Christmas. In other words: Don’t save all your spend for December. Those big festive moments do still matter, but you’re better off allocating your festive season campaigns and budget throughout a longer, more varied season. Take advantage of the smaller micro-moments throughout the season AND the bigger, more traditional moments for maximum payoff. 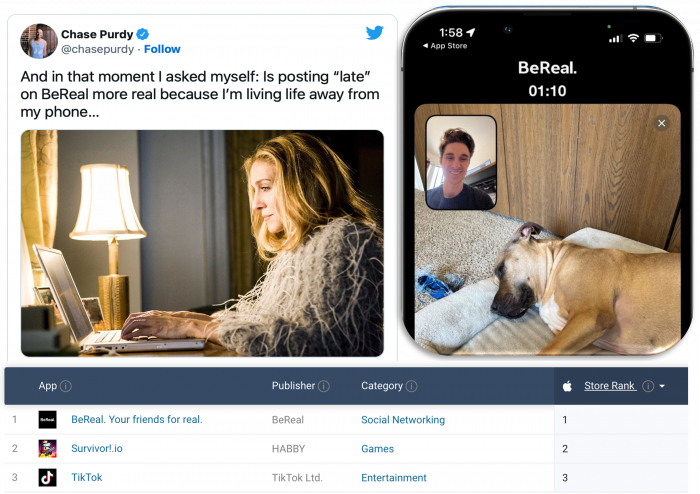 Is there a place for brands on the platform? What’s the future of the app?

Founded in January 2020, BeReal is a photo sharing app for iOS and Android. Every day at a random time that varies by country, the app sends out a push notification — ⚠️ Time to BeReal. ⚠️ — and users have two minutes to take their pictures. The camera snaps a selfie and a rear-facing photo simultaneously with no ability to filter or upload content taken from outside the app. It has taken off with Gen Z and college students, with an estimated 29 million downloads thus far. It’s grown in popularity substantially over the past few months in large part due to TikTok videos about the app with users uploading their funny BeReal experiences to the TikTok app as well as memes circulating on Twitter.

BeReal is also nostalgic, in the way that every new social network is nostalgic: yearning for a time when only your closest friends were on it, when you felt free to be a little more authentically yourself. That feeling, combined with the pride in being an early adopter of the next big thing, can take a new network a long way.

Beyond potential discount codes or organic engagement to cultivate brand building, as of right now there doesn’t seem to be a valuable application for brands on a platform where the whole point is for users to reconnect with friends in an uncurated fashion – will Gen-Z want to be ‘friends’ with a brand? As marketers we are obviously inclined to want to jump on the next big thing and not be late to the platform (like many were with TikTok), but it’s also important to know your audience and be aware that brand usage may come off as very inauthentic. 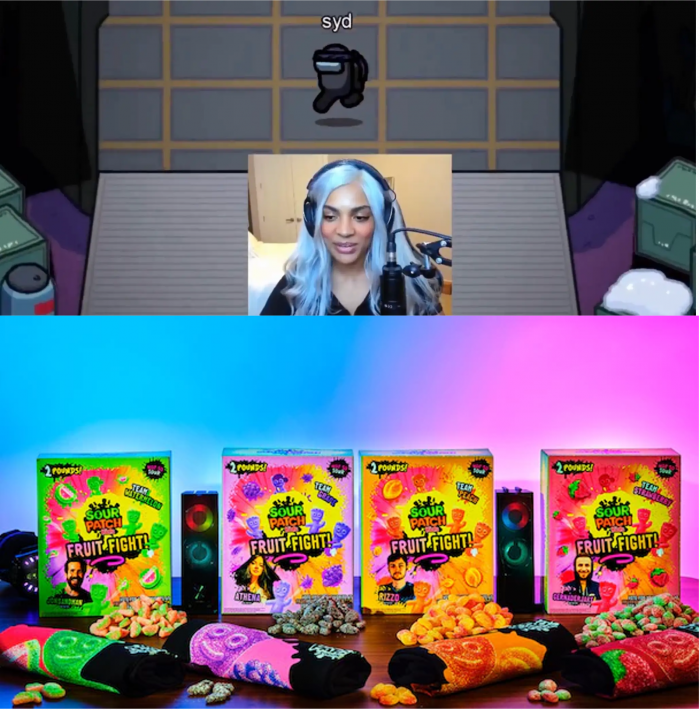 90% of Gen-Z engage with video games, more than any generation other than Gen Alpha

75% of Gen-Z watch game-related videos and streams, and 50% say they hang out in gaming environments without playing the main game

American Eagle Outfitters has collaborated with Twitch to create a documentary series featuring some of the platform’s biggest streaming stars, including gaming and cosplay streamers. Episodes of the docuseries will explore how each streamer arrived and developed themselves on Twitch. Featured clothing items will be monitored in an attempt to assess Twitch’s impact on sales, too. American Eagle has scored a number of wins among Gen Zers, but announced its presence in the gaming space by becoming an official marketing partner of Twitch channel/twitchgaming in 2021, whilst simultaneously revealing news of the upcoming docuseries. The series will appear on twitchgaming, alongside original content on what’s happening in the gaming world.